7 Most Amazing Music Festivals Around the World

If you have a passion for both music and site-seeing, there are a number of amazing music festivals around the world that you should take the time out to visit. After six years of Glastonbury, the time has come to give the land some time off. This, however, has created an additional incentive for music fans to venture further afield in the hope of finding a replacement festival. We have created a list of the top 7 most rated music festivals around the globe to help fill that empty Glastonbury hole.

Music Festivals Around the Globe

Although the UK puts on a variety of incredible festivals every year, the thing that lets it down is the uncertainty of British weather. You can solve this issue by flying over to sunny Madrid to experience the Mad Cool Festival where tropical weather is guaranteed. There are a number of incredible festivals both within Europe and outside of the continent if you’re really looking for an adventure. Here are the top 7 most popular music festivals around the world that you can visit this year.

Despite being only a few years old, this Spanish festival has managed to establish itself as one of Europe’s leading music festivals. This reason for this may be due to its variety of acts and diversity of the audience. It’s an all age festival situated only 15 minutes away from the heart of the Spanish capital. Mad Cool Festival is located in the ideal destination for those also seeking a city break. Taking place over the weekend of the 12th – 14th July 2018, you can see the likes of Tame Impala, Kasabian, Post Malone, Ben Howard, Dua Lipa and Jack Johnson performing.

Tomorrowland, situated in the Belgium countryside just outside the little town of Boom, is Europe’s largest EDM music festival. First held in 2005, this festival is now one of the most distinguished music festivals, stretching over two weekends and selling out in seconds. This year the festival is on over the weekend of the 20th – 22nd July 2018, and then the 27th – 29th July 2018 where you can see Alan Walker, Steve Aoki, Alesso, Martin Garrix, Craig David, Fatboy Slim, David Guetta, Sigala and many more. The festival has been so successful that in recent years there has been a rise in spin-offs, notably Tomorrowland Brasil and TomorrowWorld in Georgia. 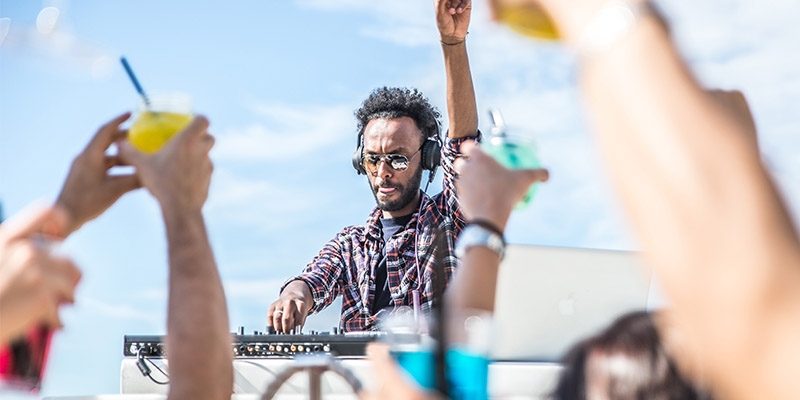 Held in the Naeba Ski Resort, this annual rock festival is a three-day event which features more than 200 international and Japanese musicians. You can see the likes of Post Malone, Kendrick Lamar, Bob Dylan, Chvrches, James Bay, Vampire Weekend and Years & Years perform over the weekend of the 27th – 29th July 2018. The festival, which was first held in 1997, gets its name from Mount Fuji, where it was first held. However, since 1999 it has been held at the Naeba Ski Resort in Niigata. The night before the festival, an opening party is held every year which features traditional Japanese folk dancing, food stalls and a fireworks display.

This atmospheric multi-genre music festival, set 850 meters above sea level, is like no other. Where you can sit around burning bonfires each night and camp in the local picturesque village of Polkovnik Serafimovo, this festival is all about promoting self-expression and social harmony. Meadows in The Mountains offers a lineup of original musicians outside of mainstream music. They have included acts such as Murrin & Gill, Luke Redford, Just Jack, Commix, Bubble Chamber, Groove Chronicles and Jake the Rapper. The weekend of fun ends with a giant pool afterparty.

Set on the beautiful beaches of Zrće, Pag Island, this festival is a must for those EDM fans who are interested in five days of 24/7 partying. Made up of sunshine, beaches, pool parties, boat parties, water sports and cheap cocktails, this is the perfect summer getaway. The lineup for 2018 consists of AJ Tracey, Chase & Status, Hannah Wants, Bugzy Malone, Charlie Sloth, Jax Jones and Wilkinson. Hideout is on from 25th – 30th June this year. Remember to sign up for the boat, beach and pool parties where additional DJ’s will be performing. 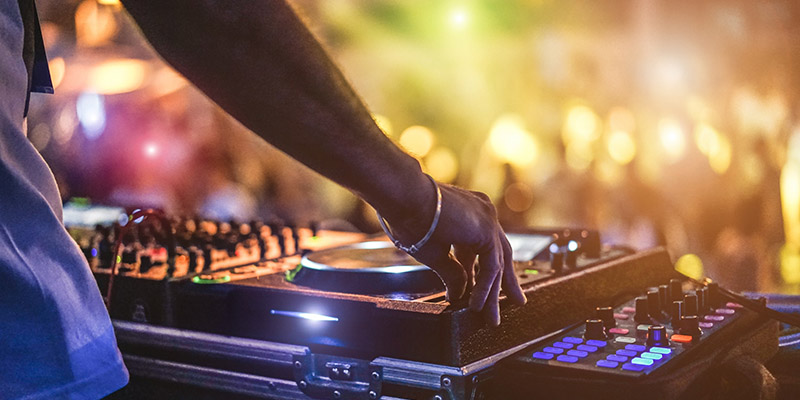 ADE is a five-day electronic music event which features over 2000 performing artists. The lineup for this year’s event has not yet been announced, but last year consisted of Martin Garrix, Nina Kraviz, Marshmello, Seth Troxler and David Guetta. This year it will be held sometime during the middle of October and will be located throughout the Dutch city’s music venues, clubs, bars and conference halls. Although it is still largely undiscovered, over the years, it has become one of electronic music’s most significant events and is now the world’s largest club festival of its kind. More information about this event will be available on their website closer to the time.

This is a rock, pop and indie music festival located in the Southwest of the city of Bilbao, Northern Spain. Year after year, this festival exceeds its previous year’s lineup. This year their lineup consists of artists such as The xx, Florence and the Machine, alt-J, Gorillaz, The Chemical Brothers, Childish Gambino and Noel Gallagher’s High Flying Birds. The festival will be taking place over the weekend of the 13th – 14th July 2018. Take the time to explore the Guggenheim galleries and the beach, only a 10-minute drive away. With tickets starting at £88, this festival is far cheaper than some of the other week-long events. On the Bilbao BBk website, you can find the best travel and accommodation packages.

Overall, there is a vast number of incredible festivals that you can visit this year. Many of these festivals also have great flight and accommodation packages, but you may also want to think about airport taxi tranfers from Buckingham. This will save you huge amounts of money on car parking, especially if you’re thinking of attending the week-long festivals. No matter what your music taste is, a lot of these festivals are accommodating for all audiences.